The Grand Organ of Westminster Cathedral is considered by many to be the greatest achievement and crowning glory of Henry Willis III, one of England's finest organ builders.

The earliest scheme for a new organ was proposed by T C Lewis in 1910 to a specification drawn up by Richard Runciman Terry, the first Master of Music. This proposal was for a large organ in several parts divided between the Apse and Tribunes. Largely for financial reasons, only the Choir Organ in the Apse was ever built. It was another ten years before Cardinal Bourne approached John Courage asking him to be the adviser on a new scheme for the Grand Organ.

John Courage was an inspired choice; he had devised the specification for Southwark Anglican Cathedral, had served an apprenticeship with Lewis & Co, and was well acquainted with well-known international organists including Louis Vierne, Guy Weitz and Marcel Dupré. The latter spent part of 1920 with Courage and had a great deal of influence on his ideas about the new organ. In particular, it was Dupré who insisted that the instrument should be at the west end as is common on the continent, rather than where Bentley, the Cathedral Architect, had intended it to be, in a position more typical of the English Cathedrals. 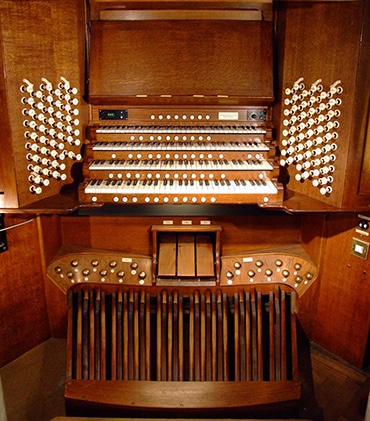 The first stage of the Grand Organ (only 33 stops) was inaugurated by Dupré in 1922. Over the next ten years, Dupré and others, including Reginald Goss-Custard, Edwin Lemare, Joseph Bonnet and Guy Weitz to name but a few, gave recitals which provided funds towards the gradual augmentation of the specification. In 1924 Louis Vierne gave a recital during which Henry Willis brought him a theme to improvise on. Willis was rather taken aback to discover that Vierne was practically blind, and his nervousness as he hummed what he had written – the chimes of the clock at the Houses of Parliament – caused him to put the tune the wrong way round! Vierne used this improvisation as the basis for his famous Carillon de Westminster, dedicating it ‘à mon ami Henri Willis, facteur d’orgues à Londres’. In the same year, Marcel Dupré gave the première of his own Symphonie-Passion, for which the Pedal 32-foot Contra Bombarde was added.

By 1932, work was completed, the specification now 11 stops larger than had originally been intended. Recitals were well attended, particularly those of Dupré, and continued until the outbreak of war in 1939. They resumed in 1946 with names such as Léonce de Saint-Martin, Fernando Germani, Jeanne Demessieux, and again, Marcel Dupré, whose tremendous association with the organ continued to flourish. In the early 1960s, Nicolas Kynaston restored the tradition of recitals after a lapse of some years, inviting many famous names to play, among them Germani, Ralph Downes, Jean Langlais, George Thalben-Ball, Pierre Cochereau and Jean Guillou. However, the organ was in a state of severe deterioration; the action had become noisy, and maintenance had been seriously compromised following the addition of a large electric console at the Apse to control both the Apse and the Grand Organs in 1926. This required the provision of bulky electro-pneumatic conversion actions in an environment where space was already at a premium.

After a complete restoration, the organ was reopened in 1985 by David Hill, who was then Master of Music. The pipework was cleaned having lain for years under a thick blanket of dust and soot from candles and incense, and extensive revoicing was carried out where necessary. An eight-level solid-state capture system was installed, and the action was overhauled. More recently, these improvements were continued with another overhaul of the action and with the installation of a 256-level capture system with a cross-channel advancer making registration changes much easier. The 1996 work also enables much fuller and more comprehensive use of the Grand Organ from the Apse console.

In recent years Westminster Cathedral has continued to build on its reputation as a central focus of the continental organ tradition, drawing some of the greatest names from every corner of Europe. 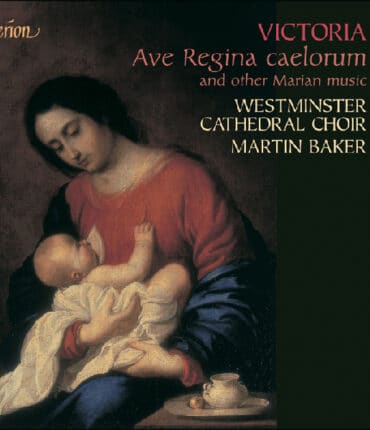 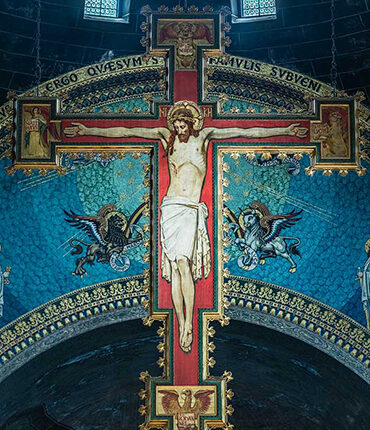 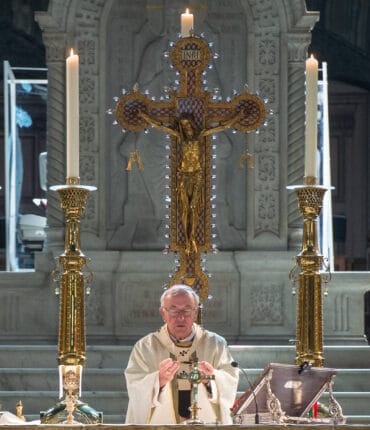