The History Of Oremus

Oremus is the sixth in a series of titles dealing with the life and work of Westminster Cathedral from its opening in the early years of the 20th century. First appearing in 1996, its early coverage included events such as the death of Cardinal Hume and the celebration of the Millennium Jubilee in 2000 AD. Oremus being the Latin word for ‘Let us Pray’, the name sits well with everyone who comes to Westminster Cathedral and appreciates its deep atmosphere of prayer. During 2010, the centenary year of the Consecration of the Cathedral, the Archbishop of Westminster, the Most Rev (now Cardinal) Vincent Nichols, kindly agreed to be the Patron of Oremus, the Magazine of Westminster Cathedral.

First came the Westminster Cathedral Record, selling at 6d a copy from January 1896. Its purpose was to encourage subscriptions to the crucial building fund. Early on it recorded that the Duke of Norfolk gave £10,000 (about £500,000 today). Others paid for specific items in the Cathedral – a marble column cost from £50 while £33 bought 10,000 bricks.

From 1899 the Record was included as a supplement to The Tablet, Britain’s enduring Catholic weekly. Only eleven editions of the Record were published, the last in June 1902.

For several years there was no Cathedral magazine. Then came the Cathedral Chronicle, a monthly, available from January 1907 at 2d a copy or 3/- a year, post-paid. It continued publication for the next 60 years, although disrupted by the Second World War. When it started, the Cathedral interior consisted of vast areas of bare brick; by the time it ceased publication, almost all the marble and mosaic seen today was in place.

Production costs had soared so much that an annual subsidy from the Cathedral of £600 was required. It was replaced in January 1968 by the more modest Westminster Cathedral News Sheet, priced 6d., which lasted for only 40 editions. In May 1971 the eight-page Westminster Cathedral Journal appeared at the same price, but its life was even shorter than the News Sheet, the last one appearing in December 1973. Although it had increased in price to 10p at the start of 1972, its demise, as with the Chronicle, was due to the need for a major, unaffordable subsidy.

In 1974 the free Westminster Cathedral Bulletin was born, produced fortnightly for four years by members of the Parish Council and, against all the odds, it not only survived but prospered. In September 1981 it became a monthly, producing special editions for major events like the Papal Visit to Britain in 1982. Gradually it evolved from an uninspiring typed sheet to a 12-page monthly magazine on art paper, containing articles, interviews, photographs, and income-generating advertisements to help it break even. A colour front cover was introduced in the 1990s and occasional colour photographs, particularly for special events like the historic visit of HM the Queen in 1995, paving the way for the Oremus we know today. 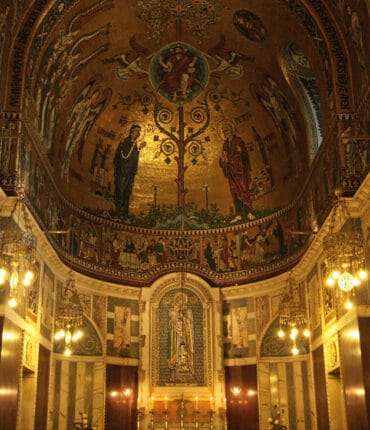 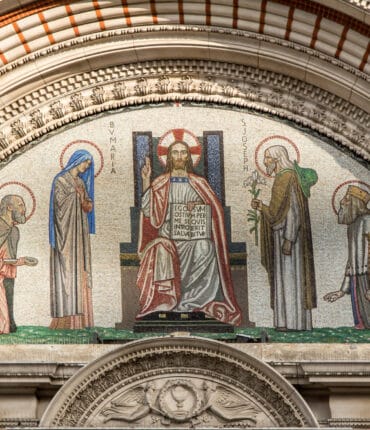 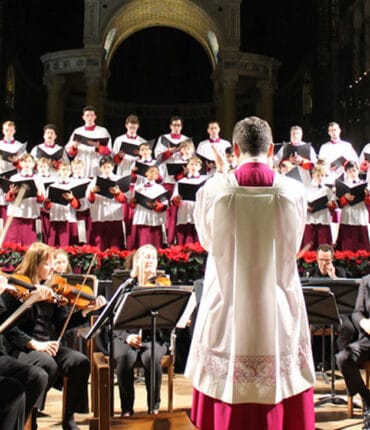