A great amount of work is required to keep Westminster Cathedral functioning, to maintain its fabric, and to host the many special events that take place. Behind the scenes, a team of staff and volunteers ensures that the Cathedral is run efficiently and safely. 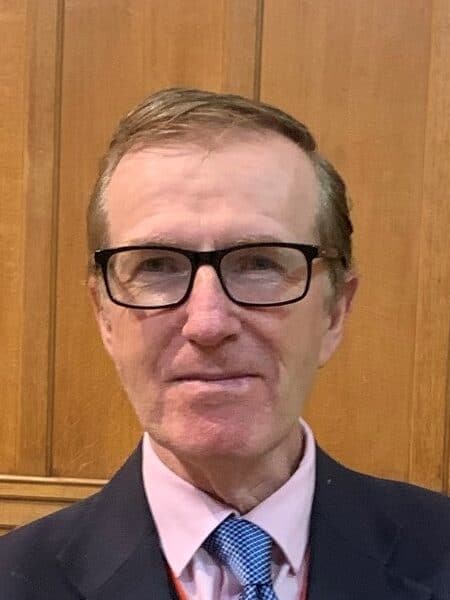 Responsible for the daily organisation of the Cathedral and the practical side of staging concerts and other major events, together with oversight of the Cathedral’s commercial operations, including Cathedral Hall hire, the gift shop and the tower lift. 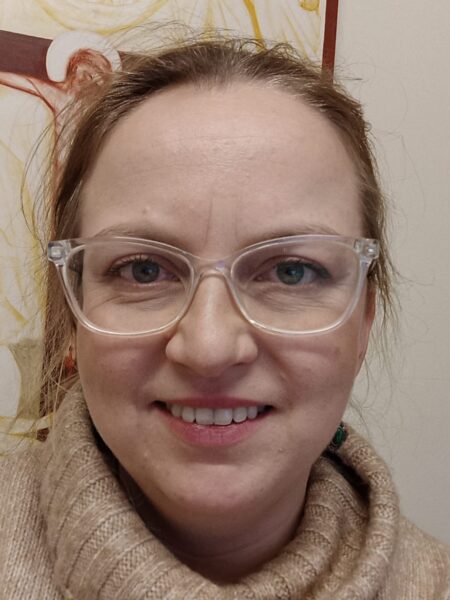 Responsible for the preparation of budgets and maintenance of financial controls across the Cathedral. 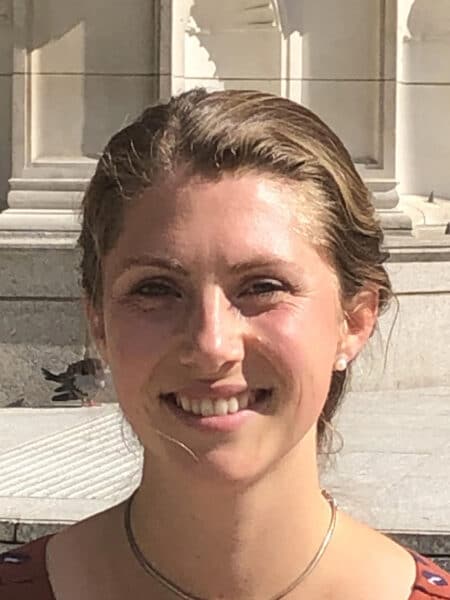 Marie-Louise’s focus is on the development of voluntary giving through legacies and major gifts as well as assisting with parish planned giving and grant applications. 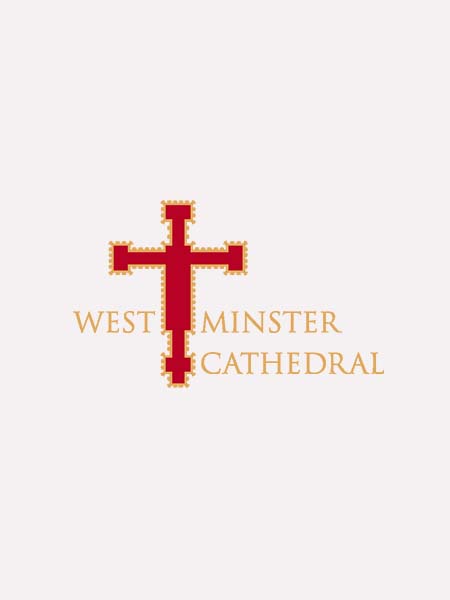 The Sacristans prepare the altar for Cathedral ceremonies and are responsible for the care of the vestments and sacred vessels used in the liturgy.

Elizabeth Arnot, PA to the Administrator

The team provide a front-line service to visitors Monday to Friday and respond to the many emails and telephone calls to Clergy House.

Andrew is responsible for all aspects of security across the Cathedral

Neil is responsible for running the Cathedral’s Maintenance Department, organising works and projects around the Cathedral complex and for health and safety, fire safety and event planning. He is assisted by Caroline Keogh, Works Assistant and Sam Holloway, Maintenance Team Leader

We are grateful to all those individuals who generously give the Cathedral considerable amounts of their time to take on roles involving high levels of responsibility and commitment. 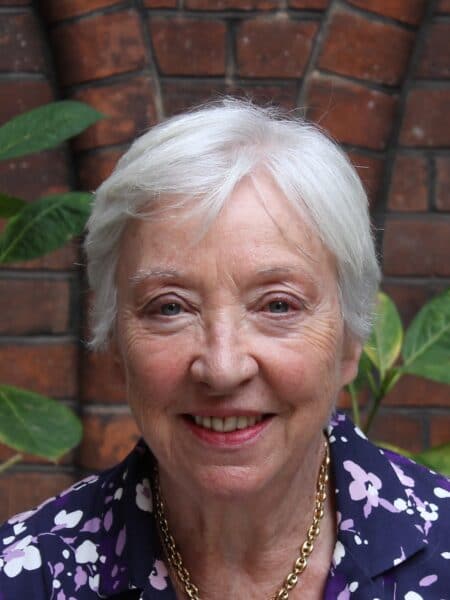 Mary is responsible for organising Cathedral volunteers, including Readers and Extraordinary Ministers of Holy Communion. 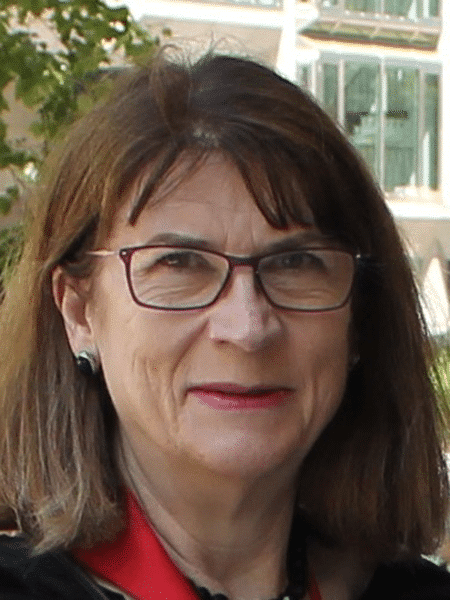 Breda is responsible for the day-to-day running of the Guild of St John Southworth, which was established in early 2015 to welcome visitors to the Cathedral and for the organisation of guided tours. 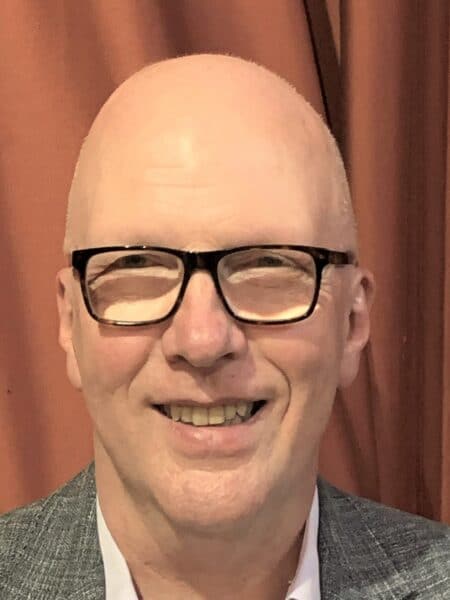 Trevor Koschalka leads the volunteer steward team in the Cathedral along with Algy Keuneman. The stewards are present at the larger liturgical events and concerts held from time to time, giving advice to the congregation/audience and ensuring their safety.
Email: cathedralsteward@rcdow.org.uk

According to the Canon Law of the Church, every parish must form a Finance Committee. At the Cathedral, this committee meets quarterly to advise the Administrator on strategic planning, to monitor accounts and to approve budgets. Its members are chosen for their management expertise and knowledge spanning a broad spectrum of commercial and charitable organisations.

Linda McHugh holds an MBA from INSEAD and worked for over 25 years in the private sector and was Chief Executive or equivalent of six organisations in service businesses. Moving into the public and voluntary sectors, she spent seven years with the Parole Board for England and Wales where she served on its Management Board and chaired its Audit and Risk Committee. Subsequently, she was, for 11 years, a Parole Commissioner for Northern Ireland. She has held a variety of non-executive positions including being Vice Chairman of a Housing Association and a member of the audit committee of The Law Society and she is currently a Board Member or Trustee of several charities. 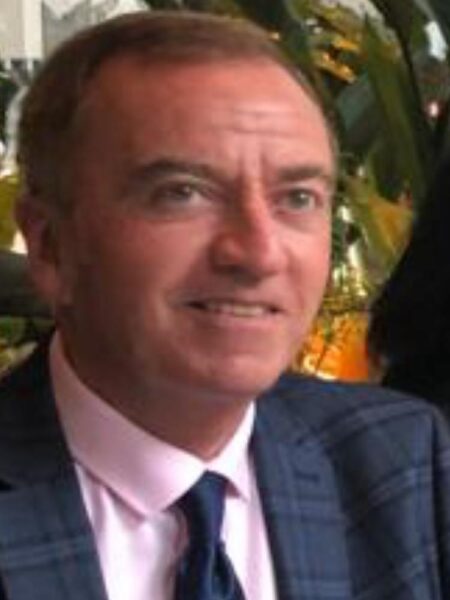 William Gardner-Hunt pursued a near 30-year management career with British Airways across the globe. Since leaving BA, he has been working as a management consultant both in the UK and France. He is currently a Cathedral reader and steward, as well as an RVS volunteer in the NHS. 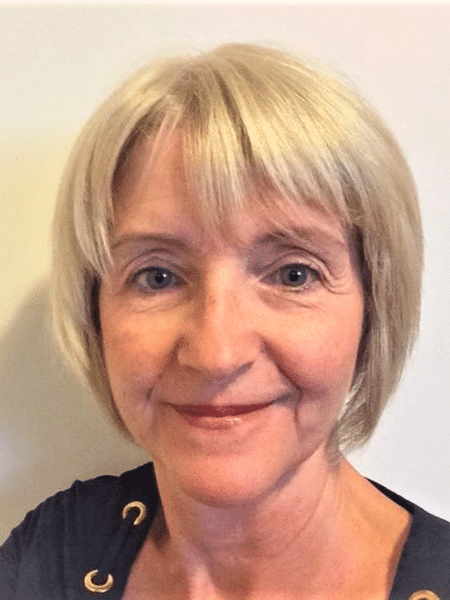 Zoë Goodway pursued a professional career in the field of PR, specialising in financial and investor relations. After more than a decade with two leading City firms, she established her own communications consultancy, leading it for nearly a quarter of a century. More recently, she has been involved with the new Cathedral website and offers general commercial support to Oremus, the Cathedral’s monthly magazine. In 2016 she launched the Companions of Oremus – a group which provides regular financial support for the magazine. She is currently a Council Member of the Society of Friends of Westminster Cathedral. 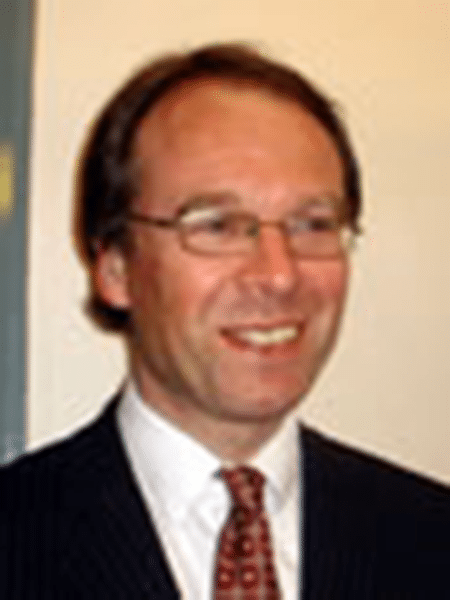 Andrew Hollingsworth is a Chartered Accountant. His full-time job is in fundraising for The Passage, a charity working with homeless people. In addition to being on the Finance Committee, Andrew is the Treasurer of the Society of Friends of Westminster Cathedral. 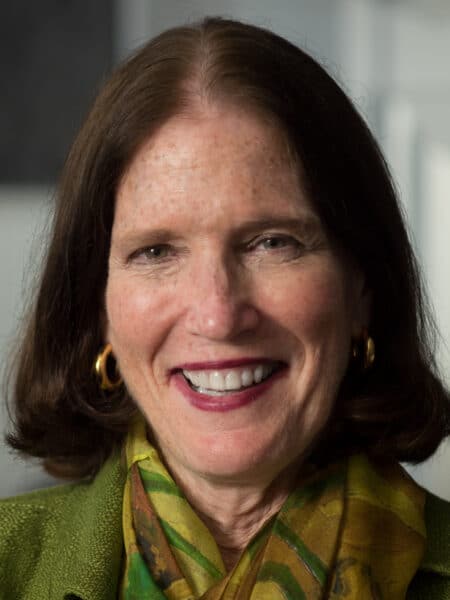 A US-qualified lawyer, Kathleen Nealon has been living in London for over 20 years. A graduate of Georgetown Law Center in Washington DC, she maintained a New York-based financial services practice before joining Standard Chartered Bank as Group Head of Legal and Compliance. Based in London, Kate managed these functions globally until stepping down in 2004. She was subsequently an independent director of three FTSE 100 companies, including a large UK bank and an international telecommunications company. She served as a Senior Associate of the Judge Business School, University of Cambridge and on the Advisory Board of the Institute of Business Ethics in London. She has held positions on arm’s length bodies of the NHS and is an ambassador for Wellbeing of Women, a women’s health charity.

The members of the Art and Architecture Committee are experts in a range of disciplines, whose task is to advise the Administrator in questions of structural alteration, environmental integrity and continuing decoration of the Cathedral. The Committee meets quarterly. 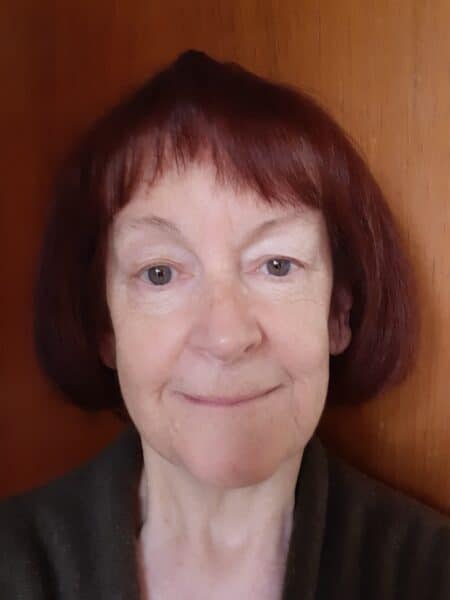 Rosemarie MacQueen, MBE is a self-employed Planning Consultant and Lecturer. Currently she serves as a trustee on several national charities concerned with heritage. Rosemarie’s previous employment was as the Strategic Director Built Environment for a central London authority. 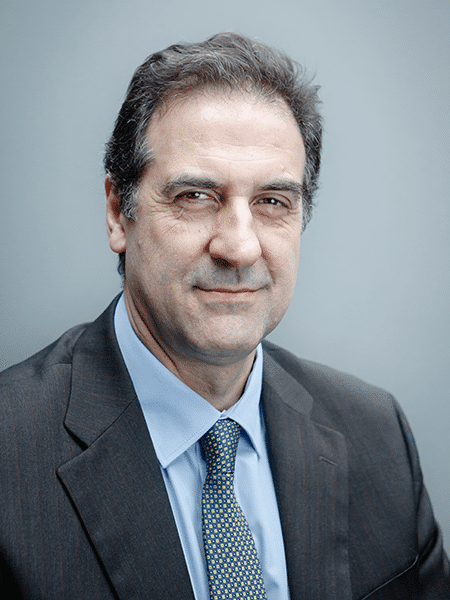 Gabriele Finaldi has been Director of the National Gallery since August 2015. He was previously Deputy Director for Collections and Research at the Museo Nacional del Prado, Madrid, a position he took up in 2002. Prior to his role at the Prado, he was a curator at the National Gallery between 1992 and 2002, where he was responsible for the later Italian paintings in the collection (Caravaggio to Canaletto) and the Spanish collection (Bermejo to Goya). Finaldi studied art history at the Courtauld Institute of Art, where he completed his doctorate in 1995 on the 17th-century Spanish painter who worked in Italy Jusepe de Ribera. He has curated exhibitions in Britain, Spain, Italy, Belgium and the US. He has written catalogues and scholarly articles on Velázquez and Zurbarán, Italian Baroque painting, religious iconography. 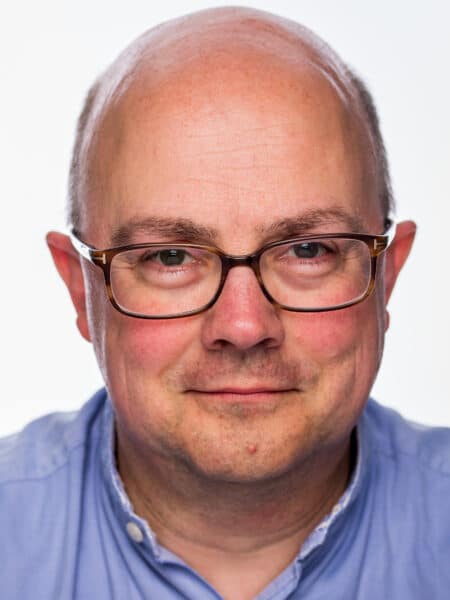 John Goodall is Architectural Editor of Country Life. He is the author of several books and sits on the Fabric Advisory Committees of several cathedrals and great churches. John is a Fellow of the Society of Antiquaries of London. 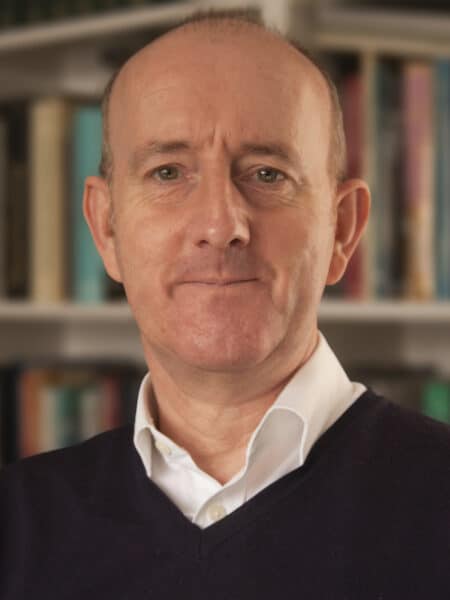 Michael Hall is the editor of The Burlington Magazine. He is the author of numerous books and articles on nineteenth-century architecture and design, including George Frederick Bodley and the Later Gothic Revival in Britain and America (2014). 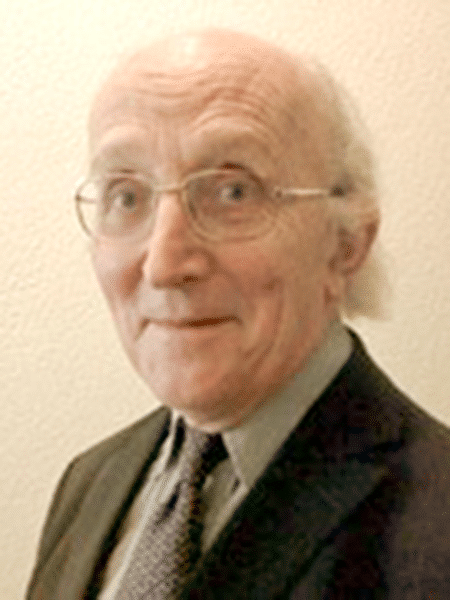 Peter Howell taught Classics in the University of London for 35 years. He was Chairman of the Victorian Society in 1987-1993. He is a former member of the Department of Art and Architecture of the Liturgy Commission (1977-84), and of the English Heritage Churches Committee (1984-8). He has been a member of the Westminster Cathedral Art and Architecture Committee since 1974. His book John Francis Bentley was published in 2020. 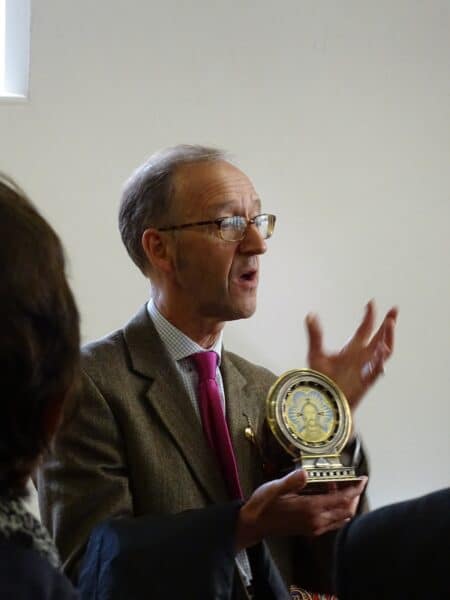 Rory O’Donnell has been a committee member since 1995, with a 13-month sabbatical in 2008. He is a published expert on nineteenth century Catholic church architects in these islands, particularly the work of the Pugin family. He has sat on various Catholic Art & Architecture, Liturgy and Historic Churches Committees & one Anglican DAC. From 1982-2011 he was an Inspector at English Heritage & its predecessor bodies and is a Fellow of the Society of Antiquaries. 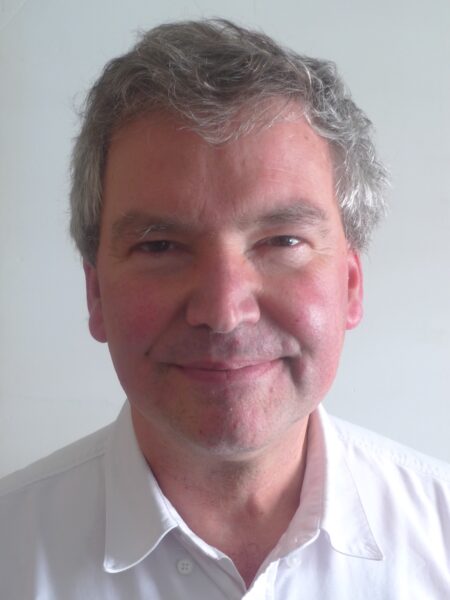 Alan Powers studied Art History and has practiced as an artist specialising in murals, watercolours and printmaking. He was Master of the Art Workers’ Guild 2020-21. Author of many books on art, architecture and design, his research covers Britain in the twentieth century. 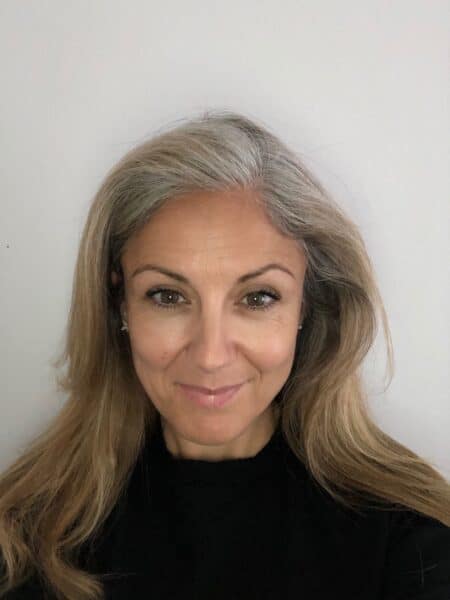 Dr Heather Gilderdale Scott is an independent scholar, having received research degrees and a PhD from the University of Cambridge and the Courtauld Institute and completing a post-doctoral post at the University of York. She has published broadly in late Medieval English art but focuses particularly on medieval stained glass. She has enjoyed time as Editor of Vidimus, the on-line, stained glass magazine, and as Secretary of the Corpus Vitrearum Medii Aevi (GB). 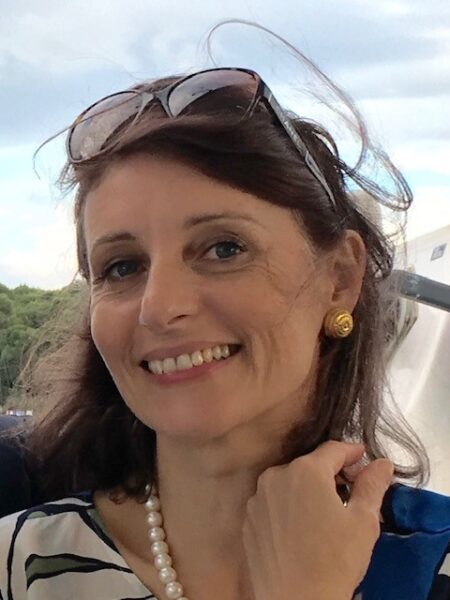 Maria Cristina White-da Cruz joined the Art and Architecture Committee in 2011. She is an artist and lecturer and has lived and worked in Italy, the UK, France and Australia. Since returning to London in 2000, Maria Cristina interweaves teaching, working as a free-lance museum consultant and lecturer and working as an artist. Her preferred medium is glass, whether mosaic smalti or stained glass, and her designs generally reflect her fascination with the tangible and intangible worlds. Her special interest in iconography and symbolism also feeds into the creative process.

Maria Cristina is a consultant to the Antiquities Department of the Getty Museum in LA. She is presently developing a major collaboration between the city of Ravenna, Italy and Madaba, Jordan, as they are both mosaic capitals of the world. 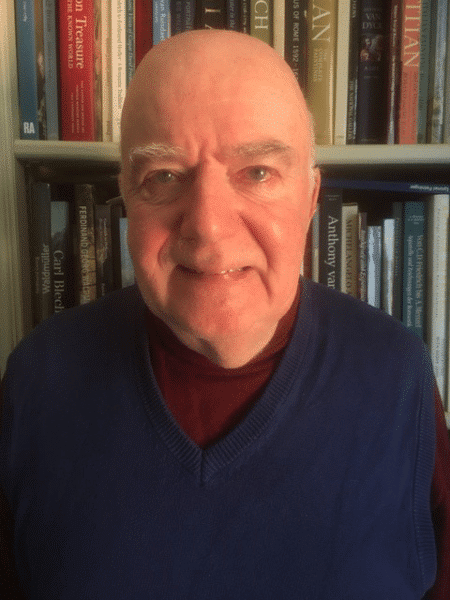 Andrew Wilton is a graduate of Trinity College, Cambridge. In 1965 he mounted an exhibition of the work of Georges van Houten at the Ashmolean Museum, Oxford. He was Assistant Keeper during the 1960s at the Walker Art Gallery, before becoming Assistant Keeper in the Department of Prints and Drawings at the British Museum in 1967. He was founding Curator of Prints and Drawings at the Yale Center for British Art 1976 -1980, returning to the British Museum in 1981. He was Curator of the Turner Collection in the Clore Gallery from its opening in 1987 until 1989, when he became Keeper of the British Collection at the Tate Gallery, retiring in 2002. The organiser of many exhibitions, he has written extensively on aspects of Romantic landscape, especially on J.M.W. Turner and on watercolour. His books include ‘Turner and Switzerland’ with John Russell (1976), ‘British Watercolours 1750 to 1850’ (1977), ‘J.M.W. Turner: His Life and Art’ (1979), ‘Turner in His Time’ (1987, new edition 2006), ‘American Sublime’ (with Tim Barringer), 2002, ‘Five Centuries of British Painting’ (Thames and Hudson 2002), ‘Turner as Draughtsman’ (Ashgate 2005), and a novel, ‘The Painter’s Boy’ (2019).