Cardinal Vaughan needed an exceptional architect to make his vision a reality. A new cathedral for the Catholic Church in England and Wales was a prestigious commission and, as news spread, young architects lobbied to be put forward for the expected architectural competition. But Cardinal Vaughan on advice declined a competition and appointed the ‘best’ Catholic architect in England: John Francis Bentley.

The Young Architect and Catholic Convert

John Bentley was a Yorkshireman, born in Doncaster on 30 January 1839. The son of a wine merchant, he was a talented, meticulous, studious child, and showed exceptional ability at drawing (he drew endless, architecturally precise sketches of the church behind the family home). He wanted to become an artist, but his father refused. After a brief period working for a steam locomotive manufacturer in Manchester, he was apprenticed in 1855 to the London building firm of Winsland and Holland. Two years later – and after the death of his father – he joined Henry Clutton’s architectural practice, and it was here that he began to move in influential Catholic circles.

In 1858, Clutton – Cardinal Manning’s favoured architect – converted to Catholicism. His young trainee was put to work on the latest Catholic commissions including the Sacred Heart Chapel at Farm Street and a new church for Pottery Lane, Notting Hill dedicated to St Francis. It was whilst working at the church of St Francis that Bentley is said to have engaged in religious debate with an Irish labourer; a debate that he subsequently lost. It sparked the light of faith and he decided to convert. In 1862, he was baptised by Cardinal Wiseman in the font at St Francis – a font that he himself had designed – taking his baptismal name ‘Francis’ from the dedication of the church. 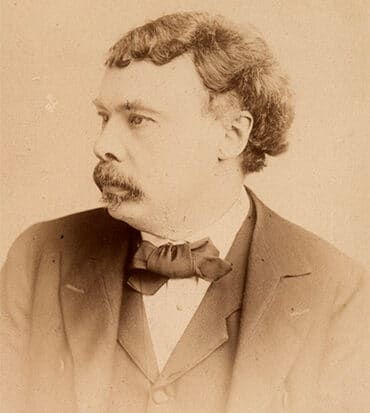 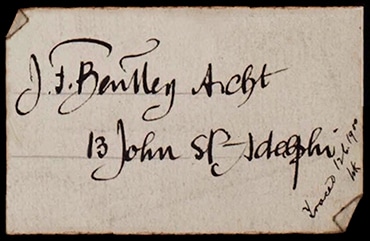 The Reward Has Come

Bentley’s reputation grew. He was a man of significant talent; a polymath – artist/engineer/architect – who could turn his hand to designing all aspects of a church. But he carried with him the painful reminder from his youth of losing his first architectural competition; the drawing of a new church for Heigham Norfolk hung on his office wall as a reminder of failure. He never entered another competition considering the process ‘unreasonable’ and this had a negative effect on his career.

He ‘lost’ the commission for a new church at Spanish Place, London by refusing to enter the competition, but he exhibited at the International Exhibition in London in 1862 and was one of the founders of the Guild of St Gregory and St Luke, intended to raise the standard of art in Catholic churches. Some high-profile commissions including the Catholic seminary at Hammersmith, Holy Rood Watford and St Mary’s Cadogan Place, Chelsea brought him to the attention of Cardinal Vaughan.

When Bentley secured the commission for Westminster Cathedral in July 1894 his friend Charles Hadfield, the Sheffield Catholic architect, expressed his delight: ‘You have had many disappointments, but at last the reward has come.’ 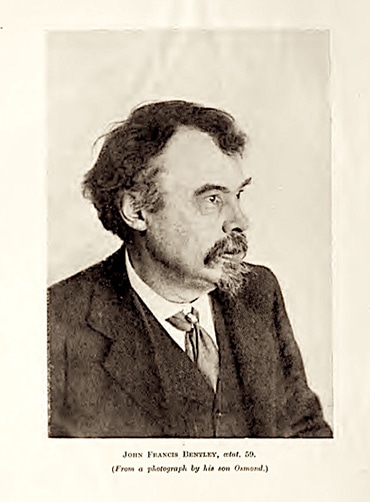 Bentley’s architectural designs up to 1894 were very much of their time: neo-Gothic Victorian. There was nothing in his portfolio that hinted at the Byzantine except a beautiful monstrance that he had created for the church of St Francis, Notting Hill.  In November 1894, with Cardinal Vaughan’s exacting brief in his pocket, Bentley set off for Italy in search of architectural inspiration. His first stop was the northern city of Milan and the Church of S. Ambrogio with its impressive baldacchino and then on to Pavia, Pisa, Naples and Rome.

Bentley was unimpressed with the Holy City, disliking the style and scale of St Peter’s baroque basilica and he also rejected the rebuilt basilica of St Paul’s outside the walls which was in Vaughan’s preferred Early Christian style.

From Rome he went to Ravenna, to see the architecture and mosaics of San Vitale, and then on to Venice and St Marco. An outbreak of cholera in the city prevented him from visiting Hagia Sophia in Constantinople (Istanbul). He declared that WR Lethaby and Harold Swainson’s: The Church of Sancta Sophia, Constantinople: A Study in Byzantine Building, which had been published in 1894, told him all he needed to know. He returned home via Paris, arriving back in London in March 1895.

‘Beyond all doubt the finest church

that has been built for centuries.’

Bentley was convinced that Early Christian would not meet Vaughan’s requirements and he moved quickly towards his own version of Byzantine design intending ‘so far as I am able, to develop the first phase of Xtian architecture’. Cardinal Vaughan conceded defeat on his early design choice but refused Bentley’s original plan for two campanili, stating emphatically: ‘One would be enough for me.’

Westminster Cathedral reflects a unique and exciting combination of architectural influences with its massive Byzantine domes and wide interior space. The building’s location, right up against the street on Ambrosden Avenue, maximises the use of the site. The main advantage of the structure was that it could be built in brick (the candy-stripe design reference of red brick and Portland stone was taken from the existing mansion house flats in Ambrosden Avenue); it meant that the building could be constructed relatively quickly.

A formal design was finally approved in 1896, a year after the laying of the foundation stone. The domes and vaults were made of concrete, Bentley resisted the use of iron, and inspired by his Italian tour, he planned for the lower reaches of the building to be clad in marble with the upper reaches in mosaic. The solid foundation of the old prison was retained, providing a stable foundation for the building works. It also explains why, for a building of such stature, Westminster Cathedral has a relatively small crypt.

Sadly, the two men who had been so influential in the building of the Cathedral did not live to see its completion. Bentley died suddenly in 1902 and his Requiem was held at Clapham. He is buried at Mortlake. Cardinal Vaughan died the following year. The Cathedral was sufficiently completed to host his Requiem. His remains were buried at Mill Hill and finally returned to the Cathedral in 2005.

The men who built Westminster Cathedral

Out of five firms who tendered, Shillitoe and Sons, of Bury St Edmunds, were selected. Their work included the newly constructed Congregational Church in Duke Street Mayfair (now the Ukrainian Cathedral); Truro Cathedral, and restoration works at Lambeth Palace and Westminster Abbey.

Construction began in 1895 and was completed in 1903, with interior decoration following in subsequent years and continuing today. Over 12 million bricks were used. The Cathedral is 360 feet in length and 156 feet wide. The height of the nave is 109 feet, four feet higher than at Westminster Abbey, and the campanile is 284 feet high.

Medieval Cathedrals of England sometimes reveal a labourer’s hand; a hidden graffito on an inaccessible beam and a workers’ revolt may be faithfully recorded, but Westminster Cathedral is unusual because its workers are part of the story of the building owing to the efforts of two Protestant ladies from Beckenham who took it upon themselves to ensure that the mortal souls of the workers would not be corrupted.

During the construction of the Cathedral campanile, sisters Mrs L N Knott and Miss M E Stephens were hauled to the top of the tower in baskets to conduct a short prayer service for the stonemasons and bricklayers with communal hymn singing and a bible reading. On at least one occasion, the workers were invited back to the sisters’ house in Beckenham for afternoon tea. They were recorded for posterity in their Sunday best. 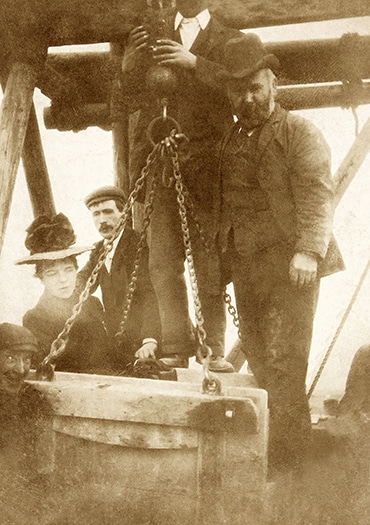 The ‘Speaker’ arriving, via the materials skip hoist, to lead a prayer service atop the half-built campanile in 1901. 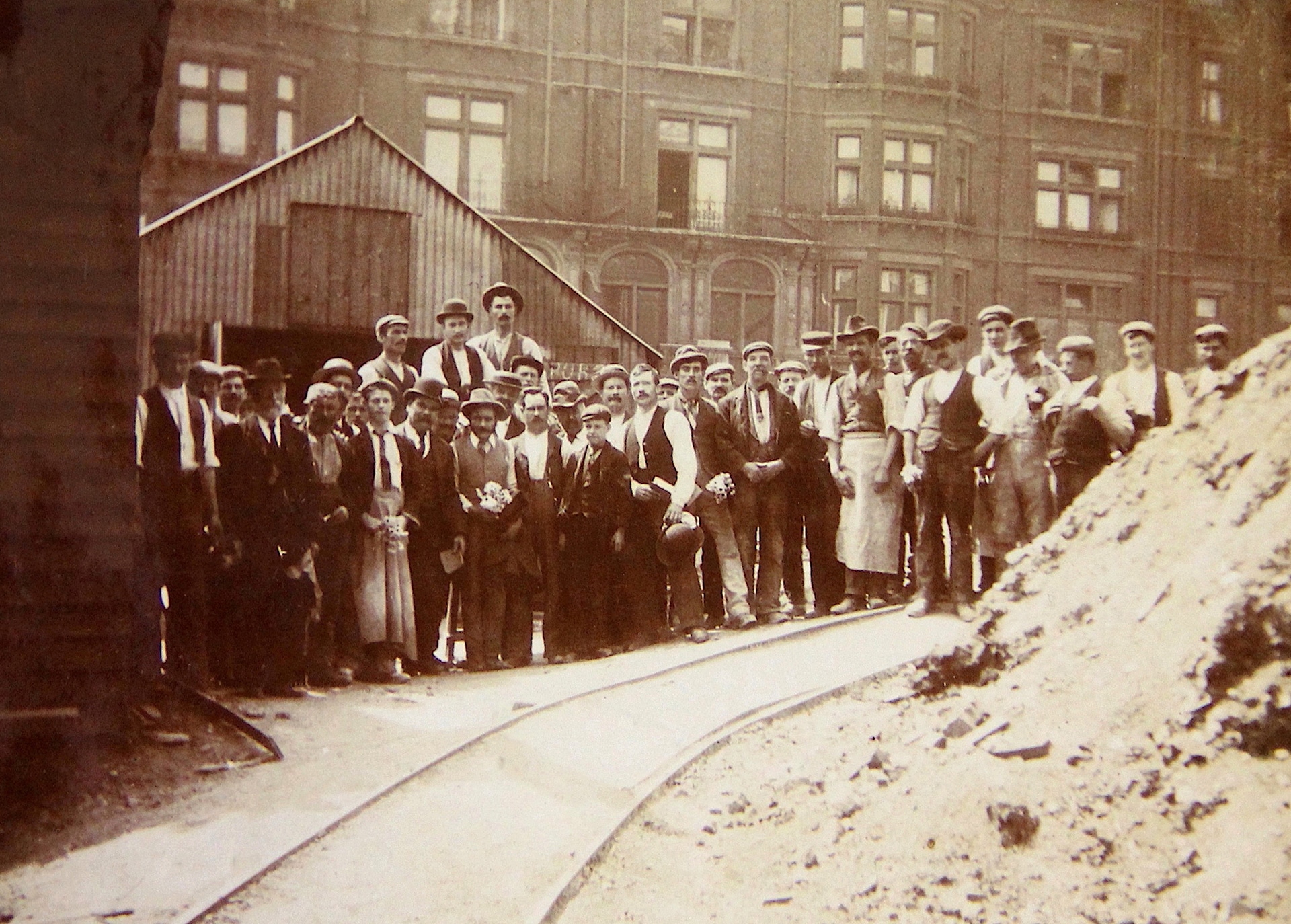 The men who built the Cathedral 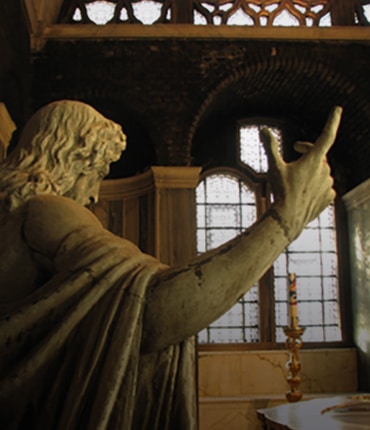 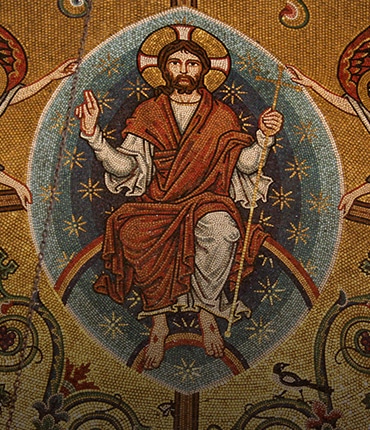 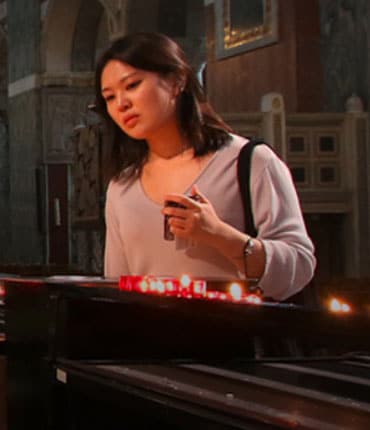